The 41st edition of the Badajoz International Theatre Festival will be held from 24 October to 3 November at the Theatre López de Ayala. Like every year, this cultural event brings together a selection of both Spanish and foreign companies.

It maintains its international character with the presence of four proposals from the United Kingdom, Holland, France and Portugal: 'Finding Joy' by Vamos Theatre; the street show 'The Yelling kitchen prince'; 'Speakeasy' by Compagnie The Ratpack and 'Conchas' Teatro D'Orfeu/ Marionetas Mandrágora .

The presence of companies from the region of Extremadura this year is special as El Avispero Producciones with '@Lone' (“When the web traps you”) and Suripanta Teatro with 'Caimanes' premiere their productions in this edition. Albadulake will also be present with an innovative show, 'Genoma B', based on Lorca's The House of Bernarda Alba  or the monologue offered by actor Pablo Bigeriego. This selection is closed by Panduro Producciones from Extremadura.

The little ones have a special section with two companies and three sessions on Sunday 28th October: 'Conchas' by Teatro D'Orfeu/ Marionetas Mandrágora (Portugal) and 'El reto de Zeus' by Panduro Producciones.

For this forty-first edition the theatre has enabled a season ticket for 9 shows with which viewers will benefit from a saving of almost 50% on the price of the single ticket. 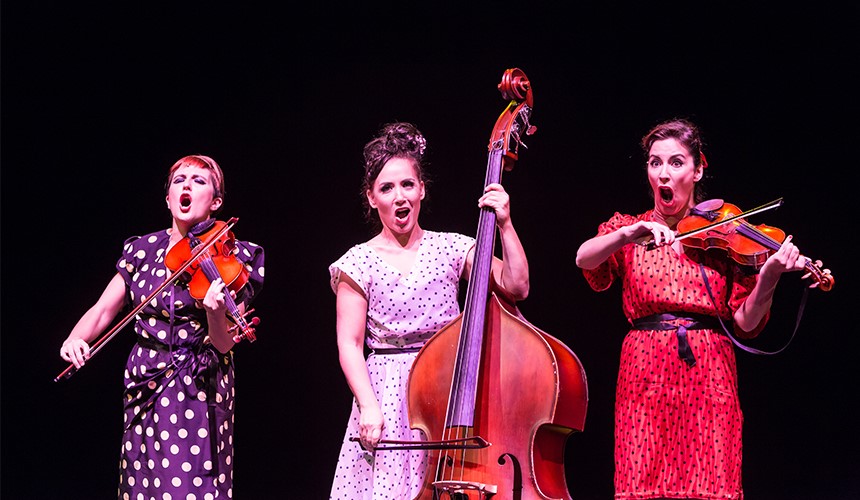 Through an ingenious instrumental, vocal and gestural interpretation, ContraEscena reveals in a comic and dramatic key the secrets of three women artists on tour, faced with the challenge of reconciling their responsibilities, doubts and personal aspirations with the inexcusable coexistence between them. It soon becomes clear that they are very different because of their weaknesses, fears and mania. And yet, something seems to unbreakably unite them.

The joy of good humour and reconciliation finally prevails in ContraEscena. An intelligent comedy to remind us that at the end of the road we are left with the good taste of having laughed and enjoyed this great show, life itself, where we are all main characters. 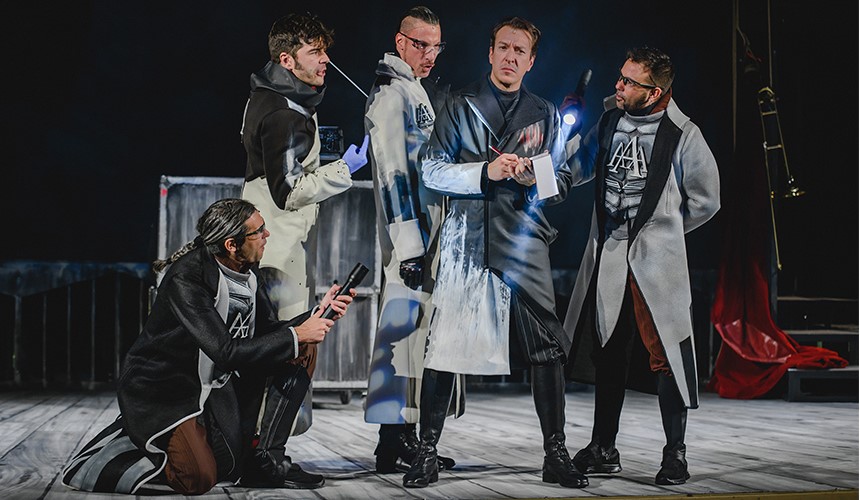 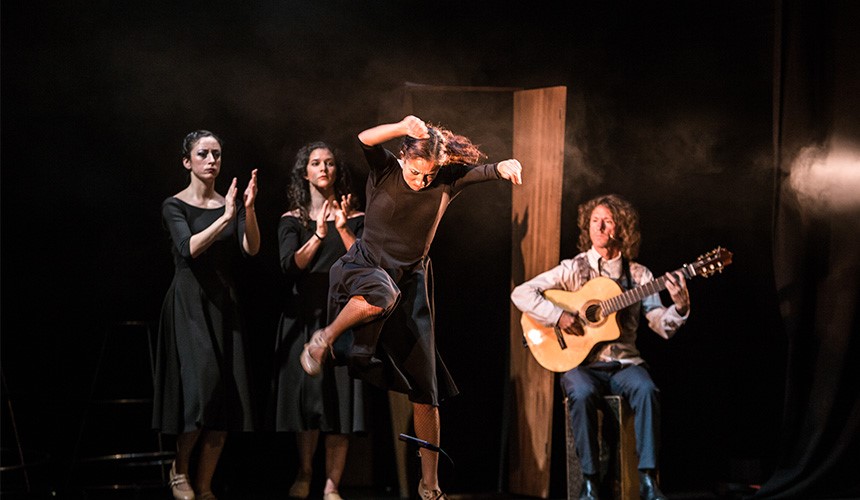 DIARY OF A MADMAN - PABLO BIGERIEGO 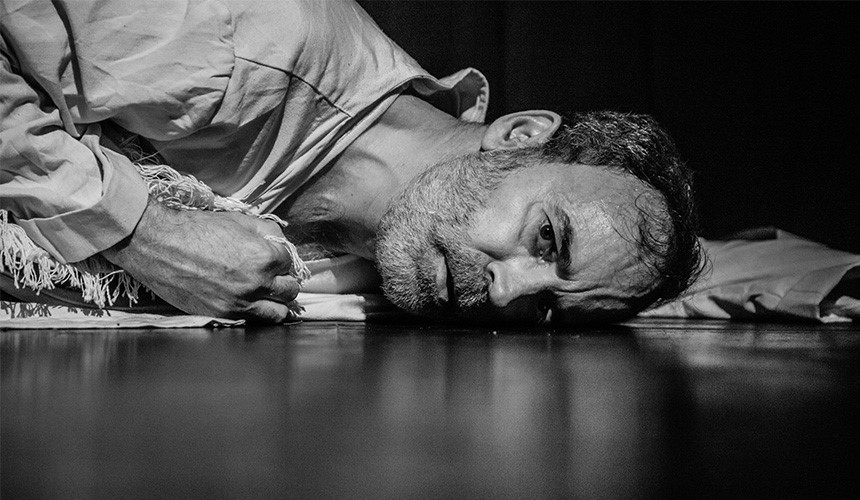 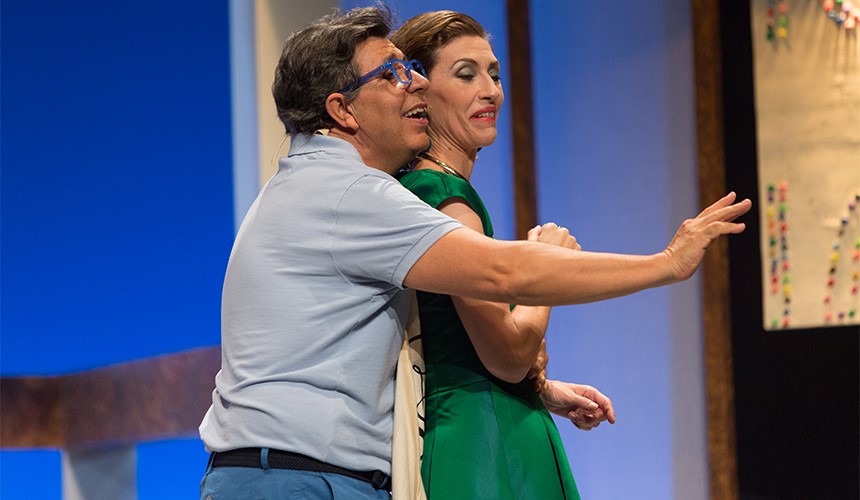 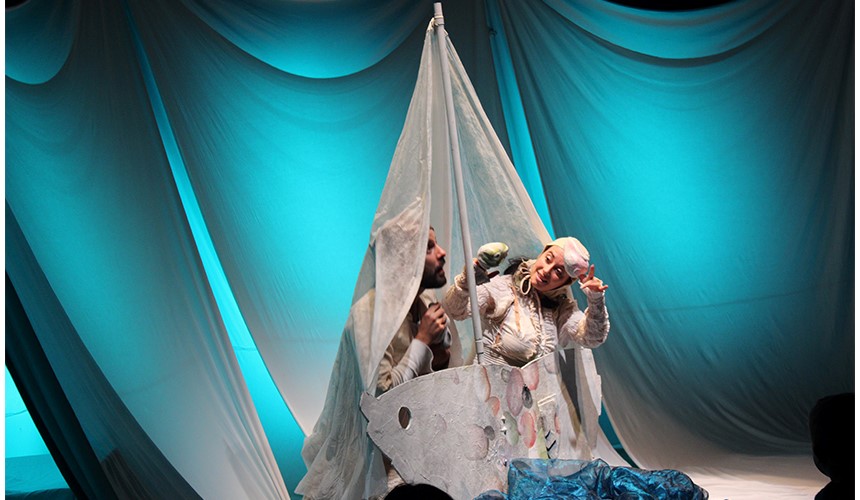 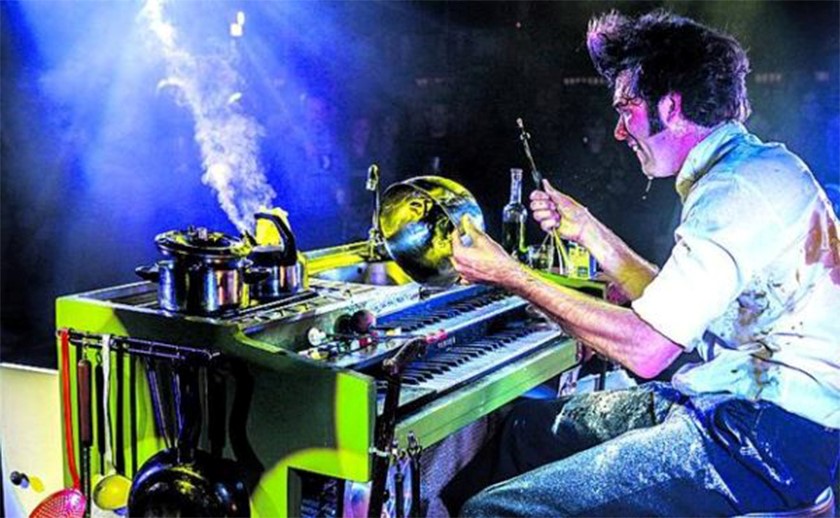 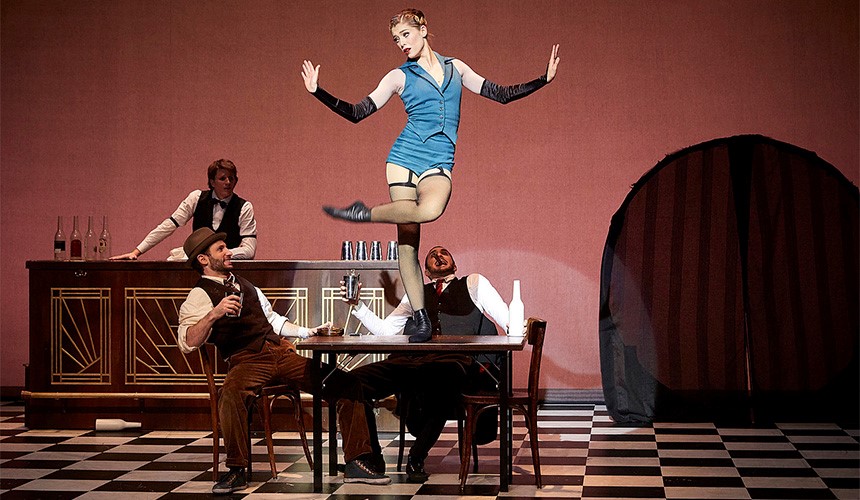 We are transported to the gangster movies of the 30s in the United States. They were succesful as a portrait of the social context of prohibition.

Most of the artists in this project were born in the 1980s and grew up in the 1990s, shaken by the works of the heirs of the “gangster movies” such as Quentin Tarantino and Martin Scorsese.

The six performers are acrobats, actors and dancers, and they excel displaying a fantastic technical level. 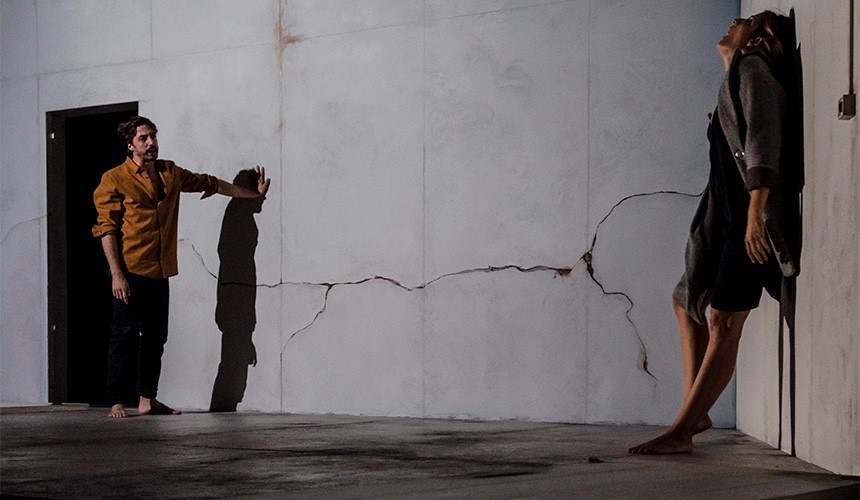 During the trip, they meet a series of characters that will affect the purposes of their journey: a happy Spanish couple with whom they will share an itinerary from Cuzco to Machu Picchu; an Italian woman worried only about finding her happiness; an old Peruvian and his son, exiled in Argentina, immersed in a kind of journey of rediscovery of their own homeland. As a backdrop, the Inca and colonial past, the terrorism of the Shining Path, Andean poverty, and the reflection of a seriously wounded Spain.

Far from uniting the depleted couple, the journey will awaken each one's true needs, their own private and personal tragedy, their ghosts. In short, the journey will reveal the impossibility of dreaming tomorrow, the failure of the last opportunity.

@LONE (WHEN THE WEB CATCHES YOU) – EL AVISPERO PRODUCTIONS 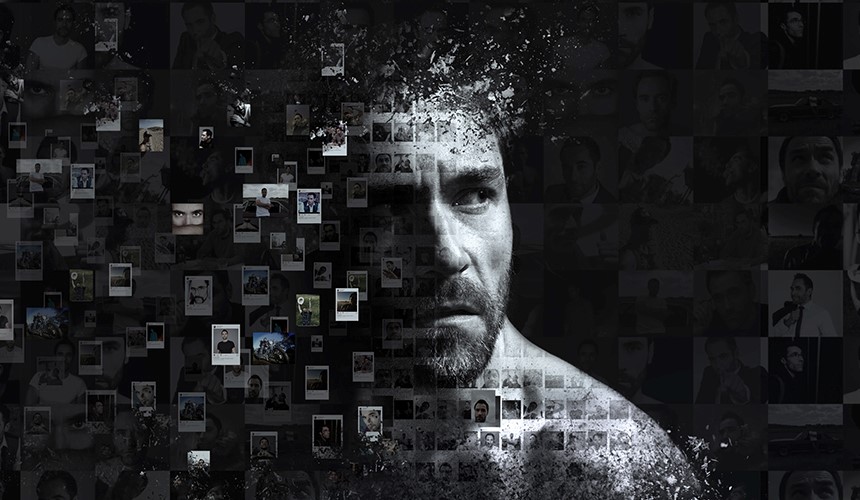 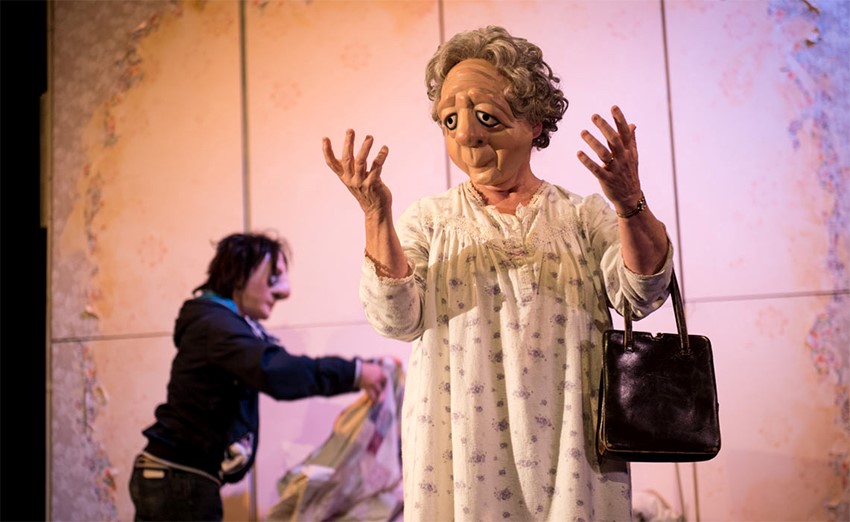 Approaching the subject of dementia with humour and humanity, the award-winning Finding Joy has been performed before audiences across Europe and the UK, including a successful career at the Edinburgh Fringe Festival in 2016. Praised by both the press and audiences for its consummate full mask skills, engaging narrative, physical dexterity and emotional insight, the company continues to engage and attract audiences across borders and boundaries with its wordless theatre. 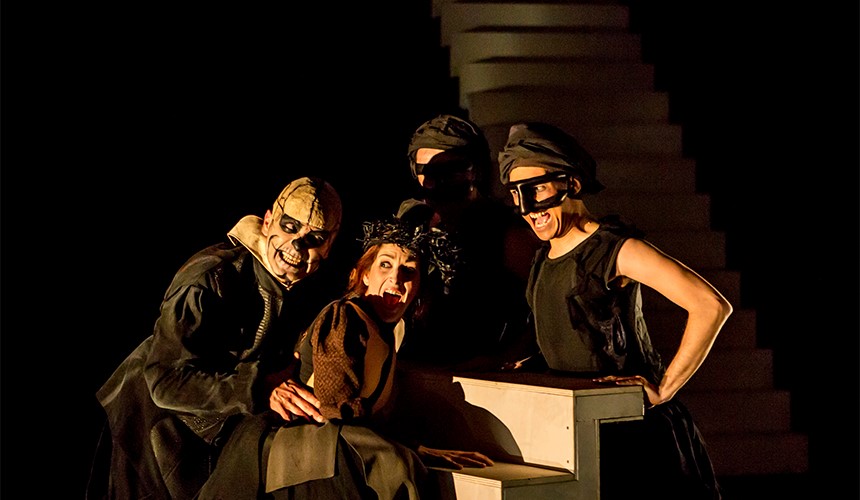 It represents some of the omnipresent basic themes in Lorca's total work, such as time, love and death; and intertwined themes, such as the importance of dreams, frustration, his own inner journey and sterility. The narration of this work does not merley convey the double image of that life, but the tension of its own present through writing.

THE CHALLENGE OF ZEUS - PANDURO PRODUCTIONS 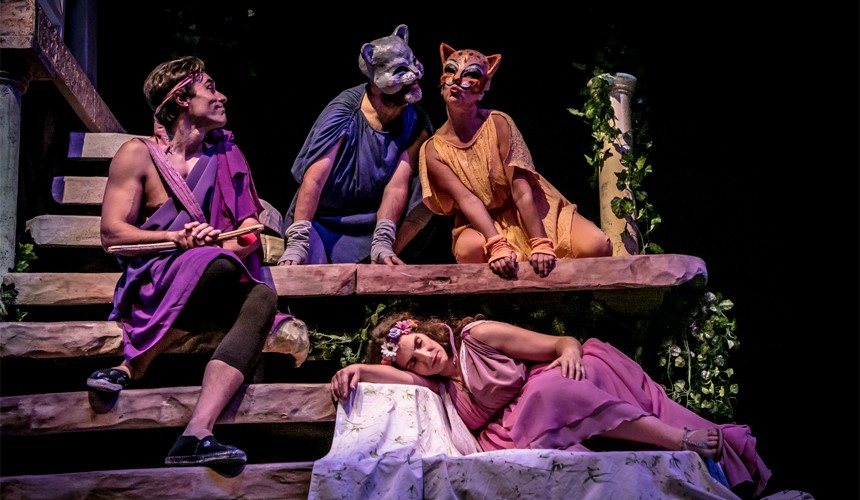