The 43rd edition of the Badajoz International Theatre Festival will take place under the strictest measures of hygiene considering the COVID-19 safeguards, so that this yearly emblematic cultural event is the safest thing for theatre fans who like every year are not to miss this sample of national and international performing arts.

This edition, to be held from 16th to 28th October, has 14 companies, 13 days of programming that includes two performances for family audiences and the premiere of the work of the Extremadura Suripanta Theatre Comedia en negro. Companies from Chile, Belgium and Portugal complete this year's international bill. In addition, there will be an introductory workshop to the manipulation of puppets by the Chilean actress and director Tita Iacobelli.

Family conflicts, endearing love stories, the decline of a diva, old age, cultural identity, prejudice or the permanent concern of human beings for family conflicts appear in the thematic offerings of this edition, as well as the obsession for perfection or an original outtake of Greek tragedy, among others. Many of these themes are approached from the point of view of humour.

The artistic director Eugenio Amaya, stated in the presentation of the festival that it is "the best vaccine against the restlessness, the fear and the uncertainty of these times", later to add that those who come to enjoy this sample of contemporary theatre "will see rewarded their expectations because they are going to enjoy a true state of performing arts". The programming is designed to delight the audience "and to allow them to reflect. Now more than ever theatre is a vehicle to help us get out of what is so disturbing," concludes Amaya. As for the design of the program this year in the words of the artistic director is designed to provide added value: "we tried to have a representation of contemporary theatre in Spain. To balance the known with the lesser known of the talent that exists in the performing arts".

The festival begins with a play by renowned author Alberto Conejero, winner of a National Dramatic Literature Award, who is directing his own text in La geometría del trigo for the first time. In it he faces the past as the compass of the future and in which family relationships and conflicts are the main characters. 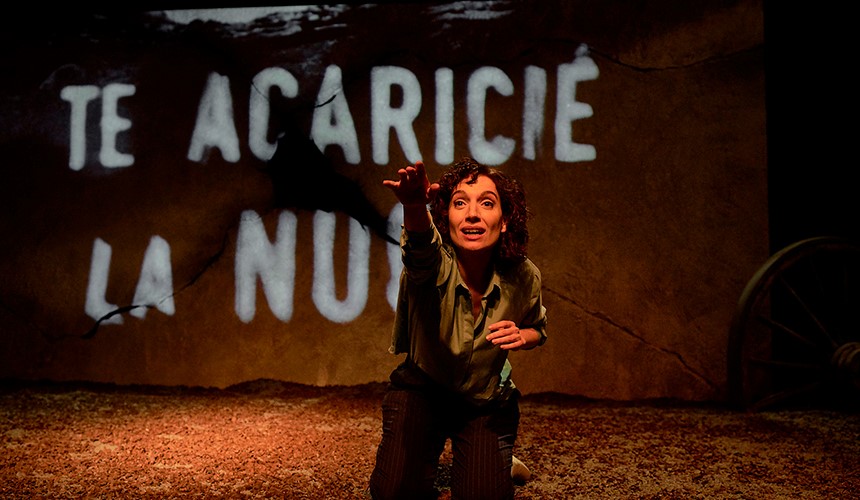 The Lisbon-based Chapitô Company, faithful to its very particular style, which mixes physical theatre with the singularities of each actor's clown style, dares to perform a play about the most famous French soldier of all times. In Napoleón (o el complejo épico), Chapitô plays with the epic, turning his distance into an ironic resource about the conquering eagerness and the warlike ambition that unites the figure of Napoleon. 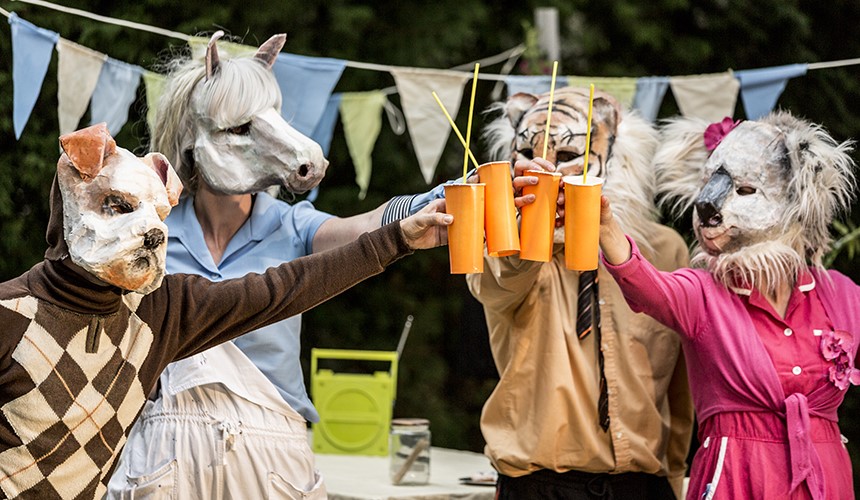 As for the programming section of the festival aimed at a family audience, we begin on October 17th with the play Full House, a show that will take place in the Paseo de San Francisco. A modern fable about coexistence in urban housing; it addresses a universal theme and is designed to be understood by all cultures and ages to become a strategy to support the overcoming of cultural differences. 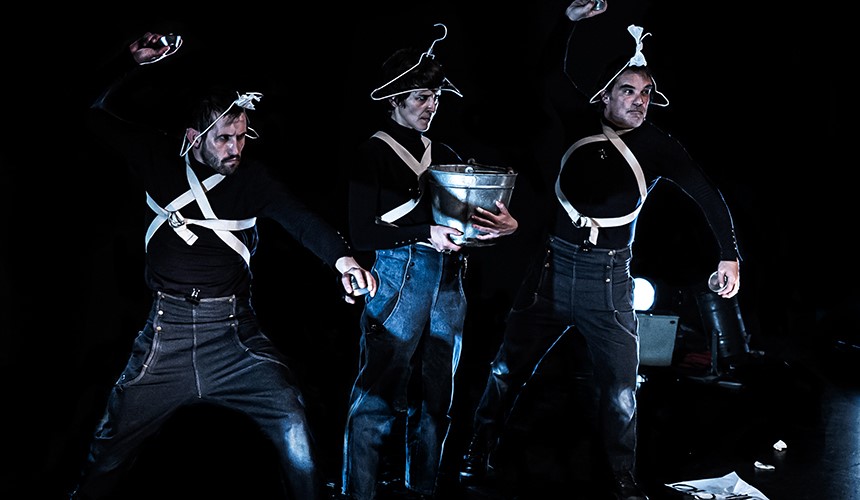 The other play for children will be performed on the main stage of the theatre on Friday, October 23rd. It is a love story written in Brazilian Portuguese for a family audience, El gato y la golondrina, based on Jorge Amado's story O gato Malhado e a andorinha Sinhá. 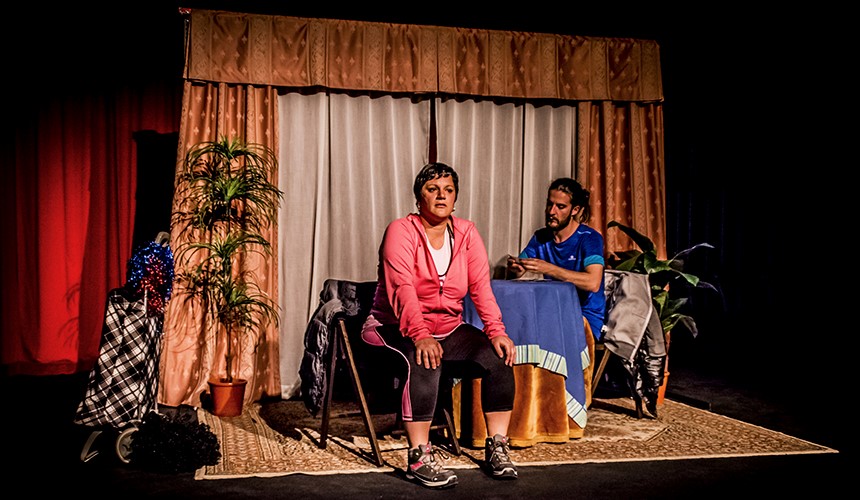 In the case of Los primeros de Europa it is presented by the Andalusian company Estigma formed by performing artists from the city of Cordoba. The main element of its dramaturgical roadmap is the clear commitment to the exploration of new languages and the development of their own texts. 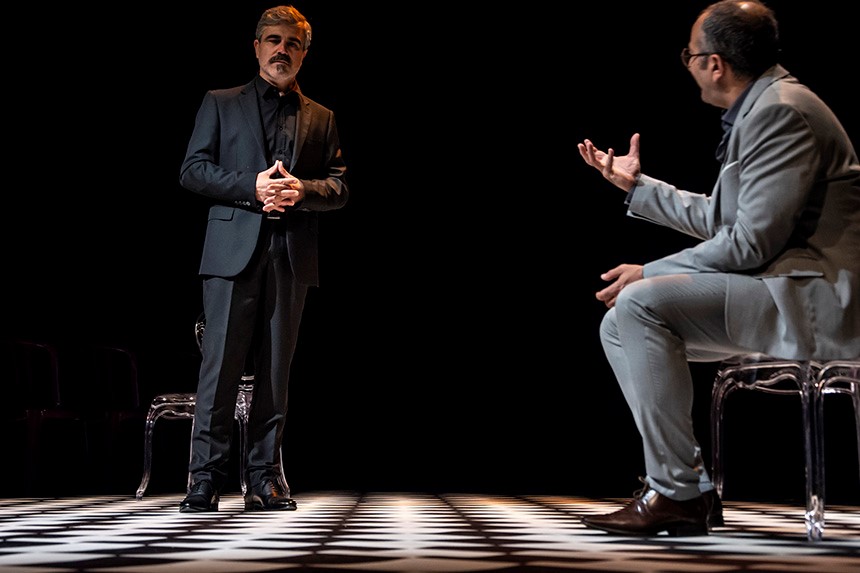 On this occasion, three companies from Extremadura will be represented at the 43rd edition of the festival. El Desván Teatro and Francisco Blanco will stage El veneno del teatro by Rodolf Sirera directed by Domingo Cruz, a theatrical thriller that plays with reality and fiction on October 19th. 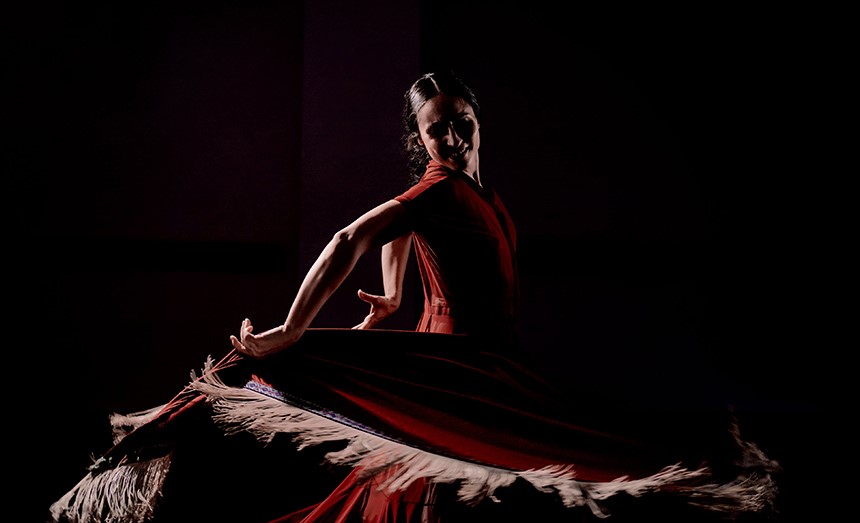 On October 25th, Francis Quirós presents a somewhat thuggish, gestural and clownish show in Cucko, when the ephemeral comes to an end. 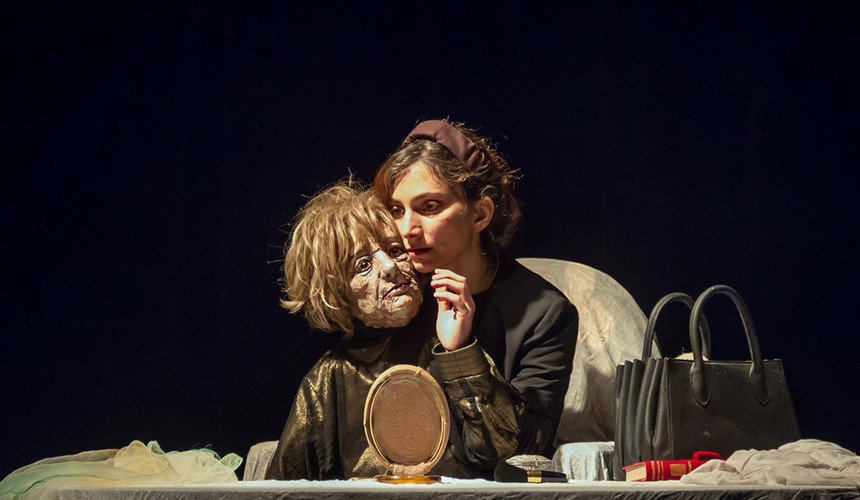 Finally, on October 27th the premiere of Suripanta Teatro's play Comedia en negro, an adaptation and direction by Esteve Ferrer of the play El apagón ("Black Comedy"). This is one of the great comedies of the theatre of all times, a masterpiece of theatrical carpentry, written by one of the most important contemporary playwrights, the Englishman Peter Shaffer (author of the play Amadeus). 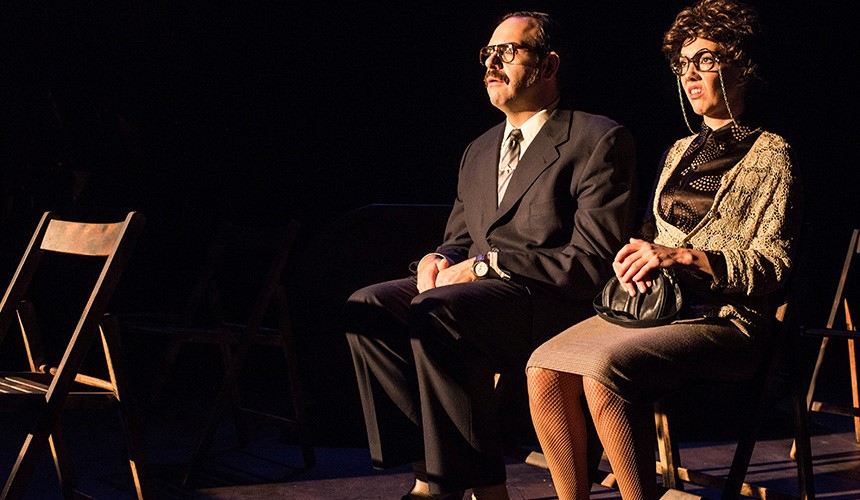 The dance section is represented by the company Rajatabla danza with a very contemporary proposal Nora in which Esther Tablas dares to version Ibsen's most famous play, A doll's house. It deals with the search for one's own identity, the freedom of the individual and the emancipation of women, themes that are still fully relevant. 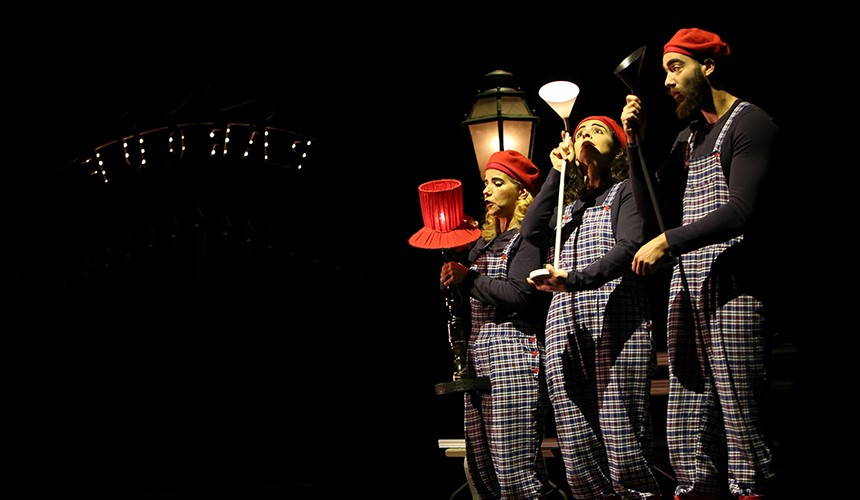 An actress, in the twilight of her life, is the basis of the proposal that comes from Belgium and Chile in Chaika. A show performed by an actress and a puppet, commanded by two masters: the author, director and performer Tita Iacobelli and Natacha Belova, creator of the puppet. It touches on the themes of violence in old age, the progressive loss of mental faculties and the richness of human subjectivity. 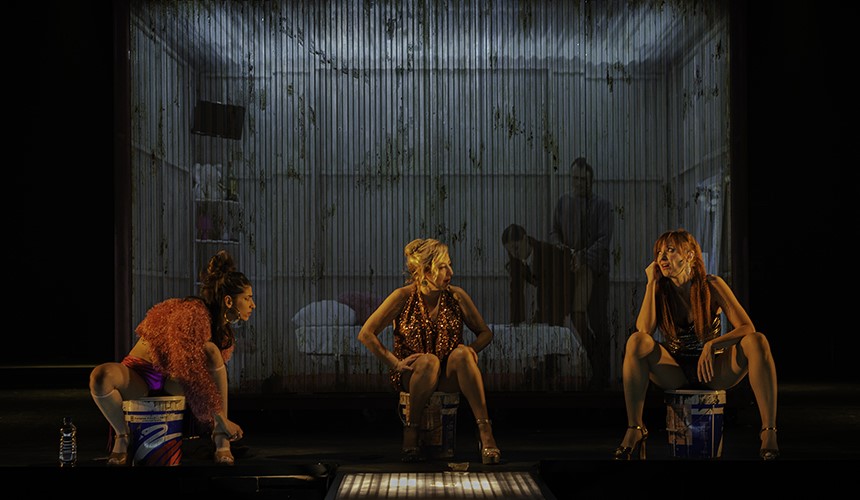 There could not be a lack of moments for comedy in Con lo bien que estábamos (Ferretería Esteban), a musical melodrama with humor and veins of intrigue and mystery presents us with a crazy story directed and written by José Troncoso, an author, director and actor so versatile that he appears in three of the performances that have been programmed for this festival: in La geometría del trigo as an actor and co-directing El viento es salvaje. 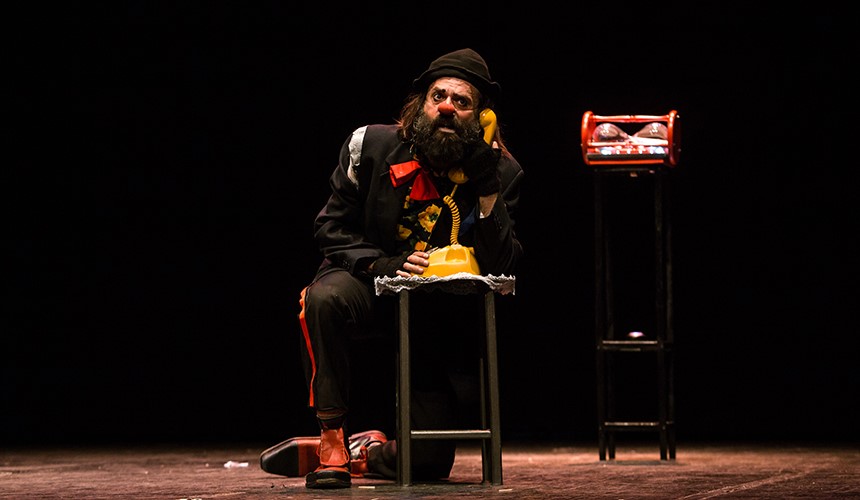 One of the most successful new plays in Madrid, Prostitución, arrives at the López de Ayala Theatre. A show that is based on a process of research of prostitution. A topic that raises many questions but above all has the purpose of understanding prostitution and to capture it in a play. A work that is born in the streets and moves to the stage and has the magnificent performances of Carmen Machi, Nathalie Poza and the Extremaduran Carolina Yuste. Written by Albert Boronat and Andrés Lima with a peculiar style that combines theatre, musical elements and documentary. 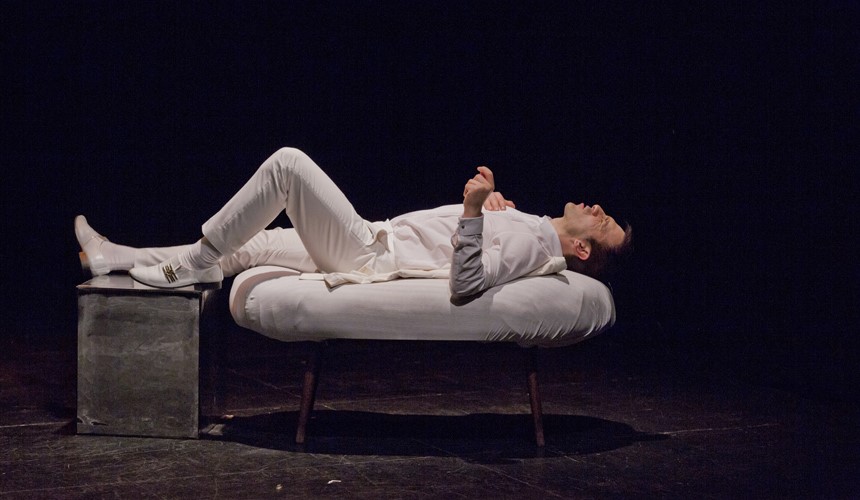 The actor Daniel Ortiz is the protagonist of the play featured in the festival on October 26th in which he gives life to the Spanish pianist of international fame León de Vega in 'Prelude'. The interpreter is responsible for this theatrical adaptation of the novel of the same name written by Jesús Ruiz Mantilla, which he himself produces, directs and performs. 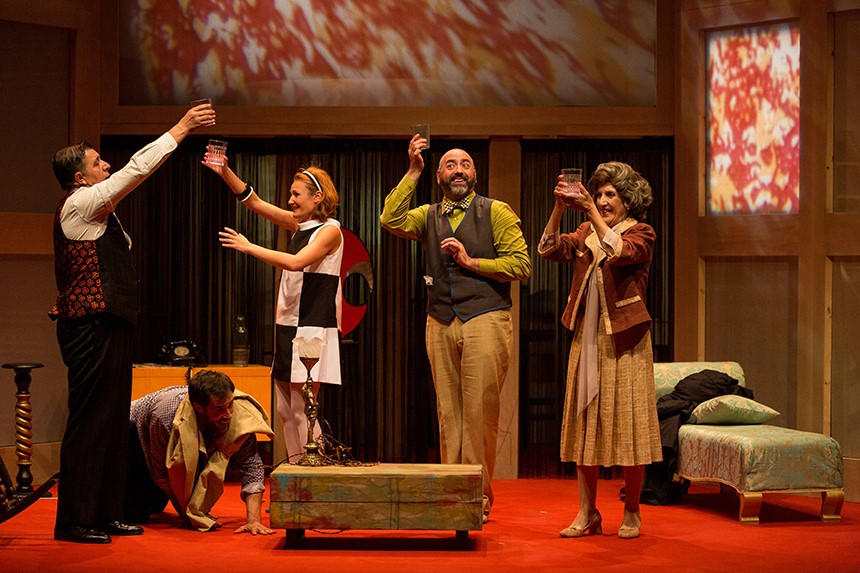 The festival ends with the play El viento es salvaje (“The wind is wild”). The Andalusian company Las Niñas de Cádiz revives in this performance their interpretation of Greek tragedy impregnated with comedy and magical symbolism. The play won the XXIII Max Awards for the Performing Arts for best new show. The four performers who appear on stage with a stamp of typical Andalusian gags makes one think of the most crushed and vulgarized stereotypes in this land, but from the beginning they take spectators out of their common prejudices to transfer them to an intelligent spoof and a refined narrative version of their subject matter. 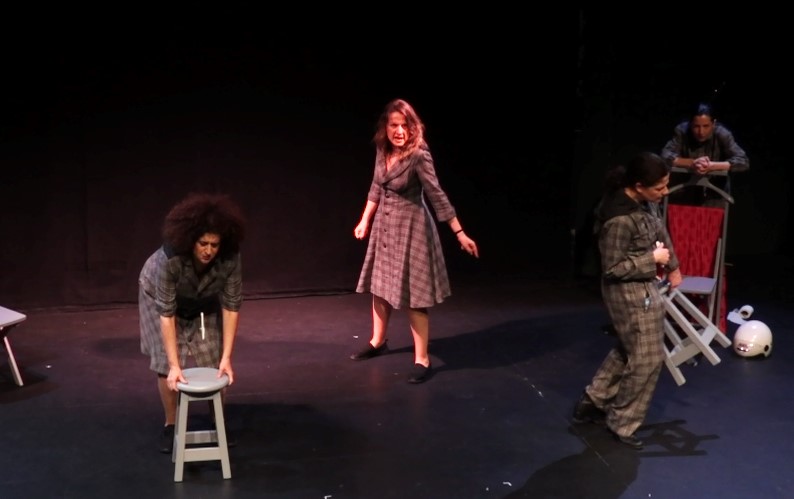 As far as prices are concerned, this year a season ticket is on sale with a total amount of 70 euros that will allow access to 13 performances and individual tickets range from 15 to 6 euros, with special discounts for pensioners, unemployed, theatre professionals and members of FATEX (Amateur Theatre Association).

Tickets will go on sale on September 21st and will be available until the beginning of the festival. The tickets for each performance will be available from October 1st both at the theatre’s box office and on the website www.teatrolopezdeayala.es.