The 45th edition of the Badajoz International Theatre Festival, aims to offer spectators a programme based on artistic excellence focused on creative, unique, diverse and surprising proposals. The main goal is to establish a solid link with the sensibility of theatre goers and those who approach the performing arts for the first time. This edition invites subscribers to vote for their favorite show, which will win the Audience Award of the 45th Badajoz International Theater Festival.

The programme also offers food for thought on aspects related to climate change; the influence of gender stereotypes; the vindication of the role of women in past and present society or how to teach children to face death ... Performing arts which do not distance themselves from the issues which affect contemporary society and allow spectators to experience, enjoy and reflect on the themes and artistry presented to them.

This edition begins with the premiere of one of the two co-productions of the festival with local companies. On October 14 Jerusalem by the Extremaduran company Teatro del Noctámbulo, a text by renowned British author Jez Butterworth about the eternal conflict between the individual and the establishment that has remained on the London billboards for several seasons. 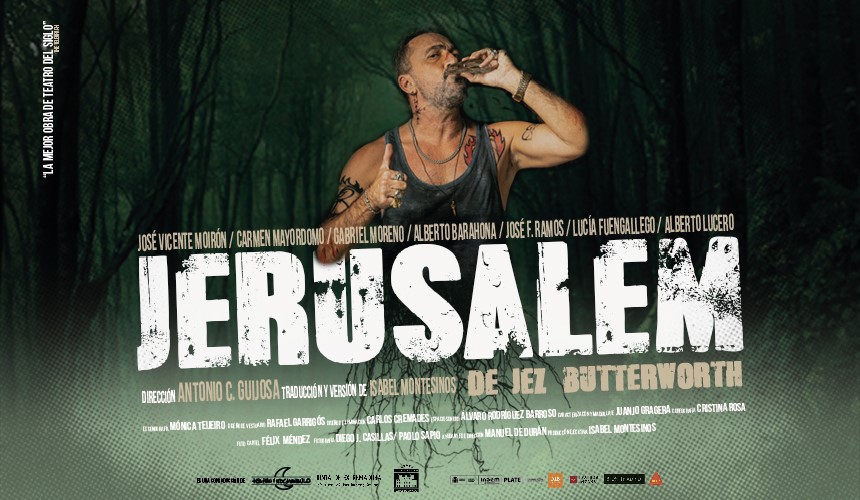 The second co-production to be premiered on October 21st will be Falamos? by the María Lama dance-theatre company, with choreography by the Portuguese artist Daniel Cardoso. Falamos? (Do we talk?) relies on a vibrant dance-theatre language by four performers which explores loneliness in everyday life. 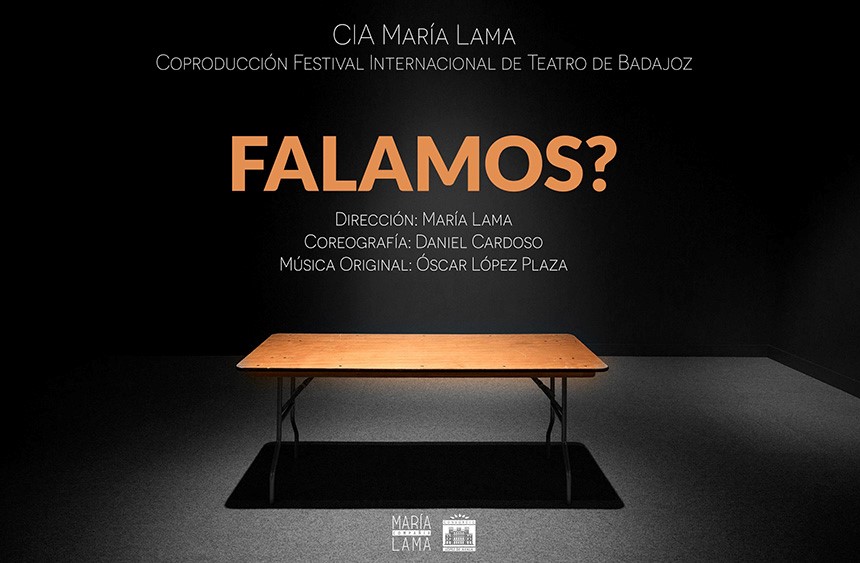 The Festival will also offer shows conceived for children and the entire family. On October 15 at the nearby Paseo de San Francisco there is an opportunity to admire an amazing display of circus-theatre with Poi by Guillem Vizcaino, an artist who fuses the circus arts with the popular game of the spinning top rooted in Mediterranean culture. 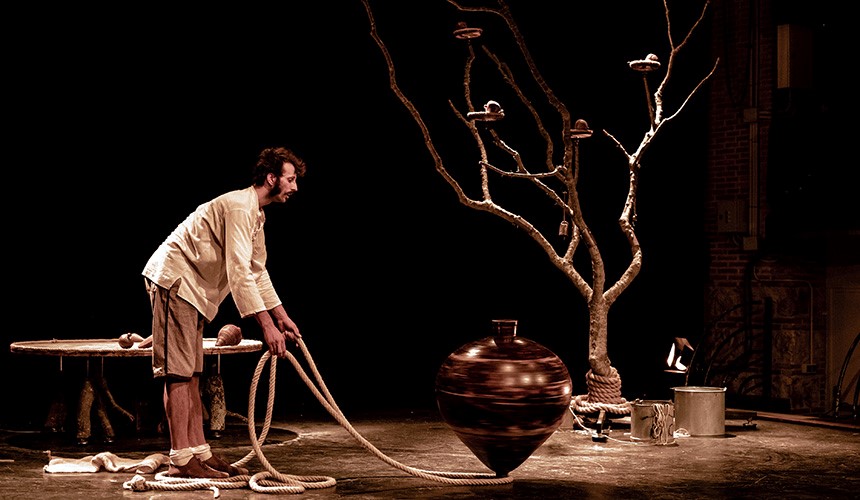 La caminata de los elefantes (Elephant Walk), by the Portuguese company Formiga Atómica, brings us closer to death in a sensitive and well researched effort to demystify the way in which the little ones face the ultimate human experience. It will take place on Sunday, October 23. This performance is limited to 120 spectators and tickets will be unnumbered. 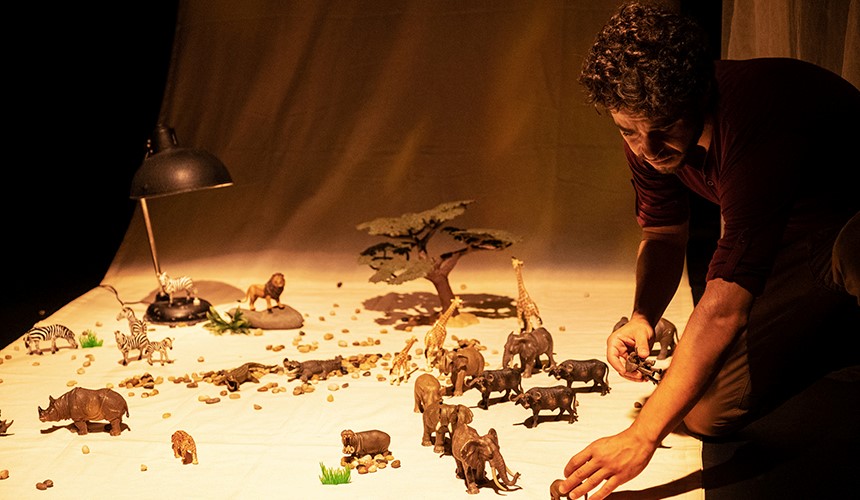 Recent Spanish history is present on October 15 in Las hermanas de Manolete (Manolete's sisters) where women were considered household objects but managed to exhibit bravery as well as creativity despite being secluded in their homes. 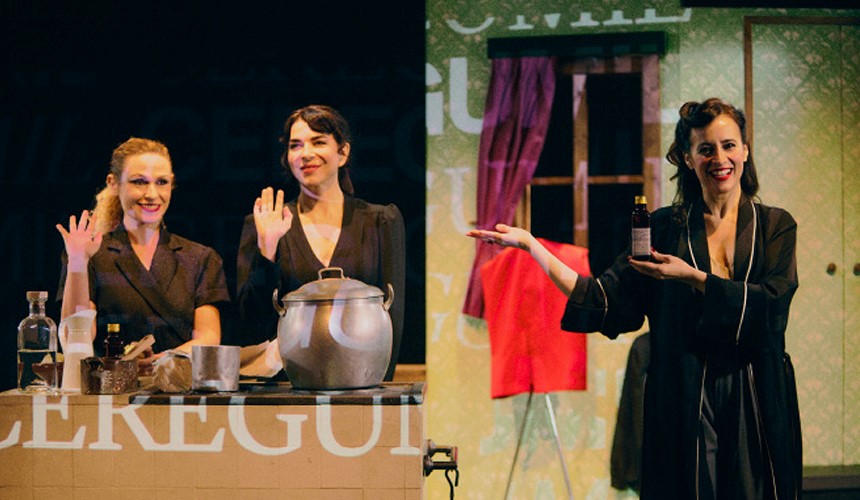 Also a woman, in this case a journalist, is the protagonist of La infamia (Infamy) on October 16. Based on the real case of the Mexican Lydia Cacho who faced infamous persecution when she denounced the cases of femicide in her country. 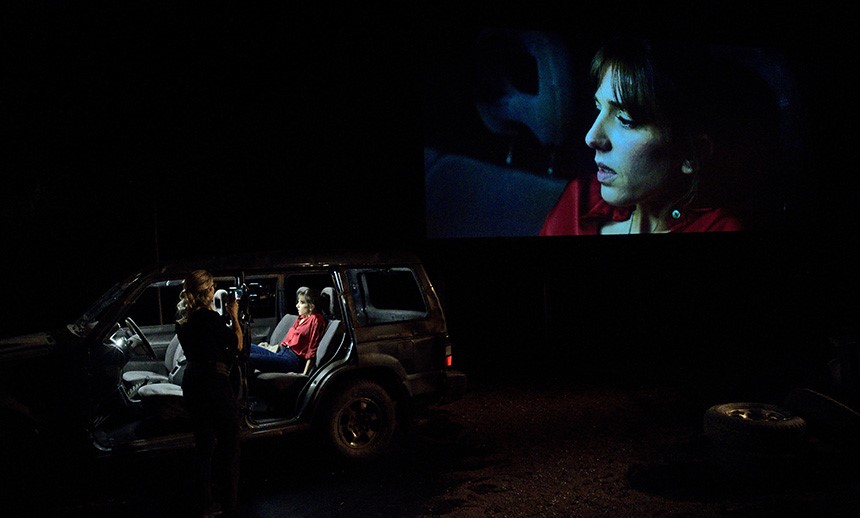 Another reflection on violence against women comes from Wichita Co and Rambleta, which in Una vez, una casa (Once, a house) by Víctor Sánchez Rodríguez presents an ominous re-encounter of two women, who relive their friendship in a dubious setting. 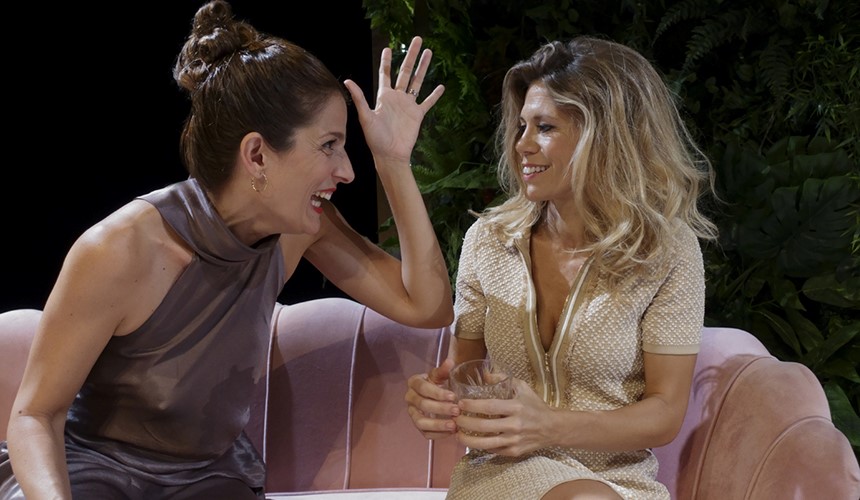 Raven, by the German circus-theatre company Still hungry, only to be seen in Spain at the Badajoz Festival, takes us to the vindication of the role of motherhood in women's lives as they try to reconcile their artistic commitments with the demands of motherhood. 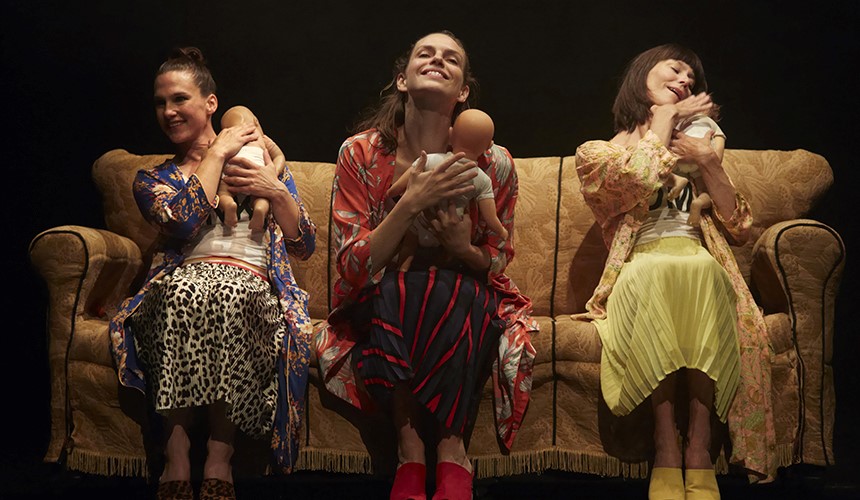 The South American presence in this edition will be represented by the Argentinian company Piel de lava. Petróleo, exhibits tour de force acting by four actresses reproducing working class male behavior, a study of the construction of gender and stereotypes. It will be staged on October 25.

Young people, so mistreated by the labor market, appear in Prime, el cristal y la hiena (Prime, the crystal and the hyena). The Extremaduran company El avispero producciones provides a critical vision of the packaging industry in an expressive thriller which includes actors trained in the Official Dramatic Art School of Extremadura (ESAD)  on October 18. 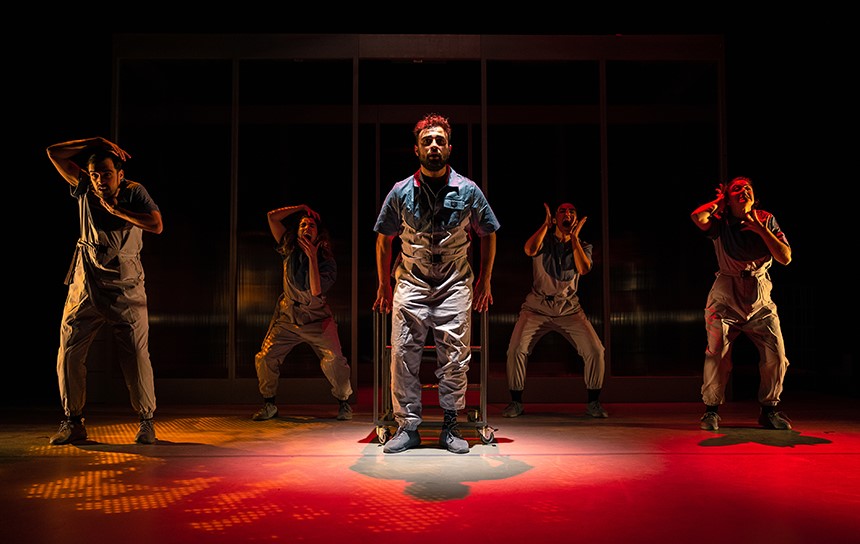 October 20, Perigallo Teatro projects its corrosive humor on the theatrical profession in Cabezas de cartel (Headliners). A lively self portrait which leaves no stone unturned in the process of creating what a couple of actors expect to be their soon to be masterpiece. 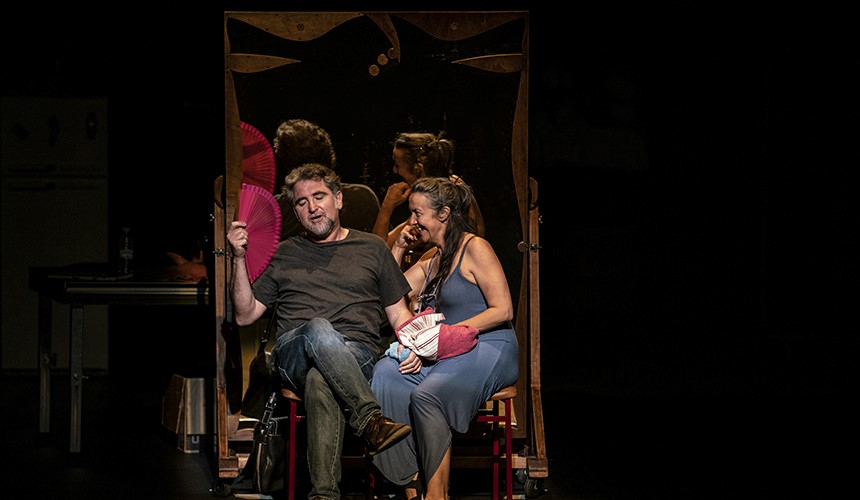 The Max Award (Spanish National Theatre Award) for best playwriting 2022, María Velasco conveys poignantly the emotional and sexual violence of a ruthless and recognizable contemporary society while combining it with violence against the environment. Talaré a los hombres de sobre la faz de la tierra, (I will cut off men from the face of the earth) is a powerful account of the everlasting human condition. 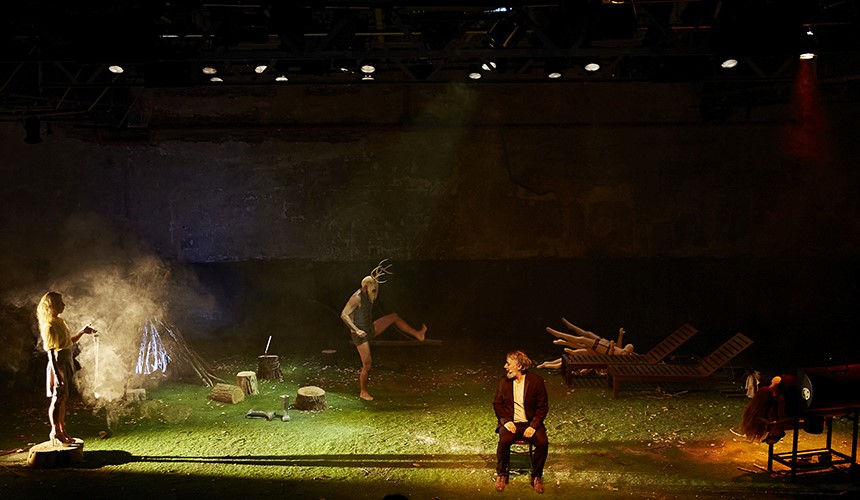 And there will also be moments for delirious humor.  This is how Koilara teatro defines the far fetched and absurd comedy Espejismo. (Mirage, Metamorphosis of a teaspoon), clown theatre at its best. 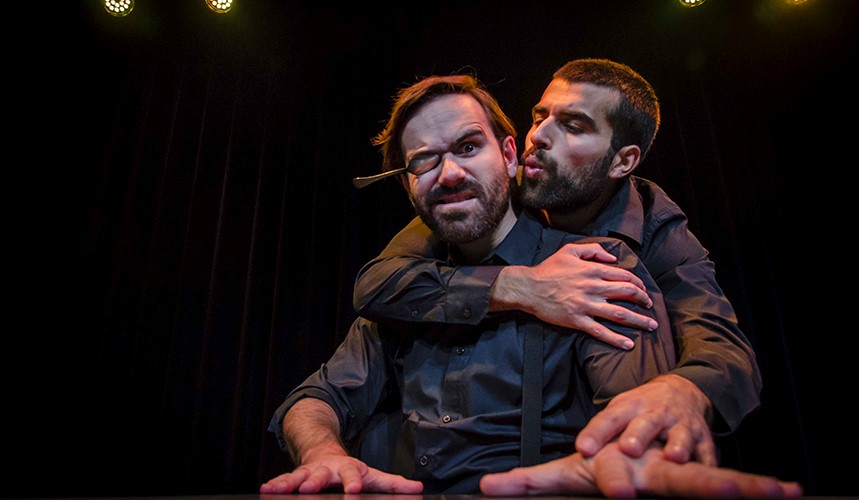 The original puppets of the Spanish-Belgian company La Société de la Mouffette base their content of Ovidia on social maladjustment. 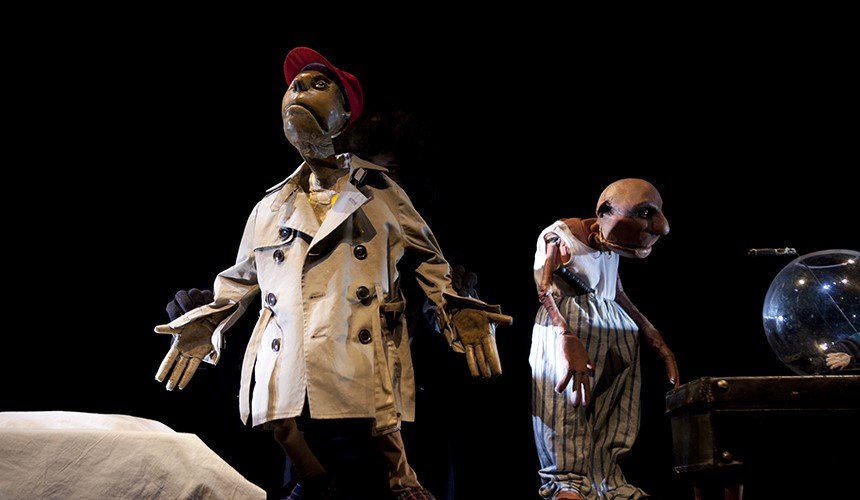 Finally, the festival comes to an end with the company Exlímite, which brilliantly performed Los Remedios in the 2021 edition. On this occasion they bring us Cluster, on October 27. The company reflects on the passage from youth to maturity, an emotional journey that leaves ample room for spectators to identify with the characters' predicament in a sort of contemporary catharsis. 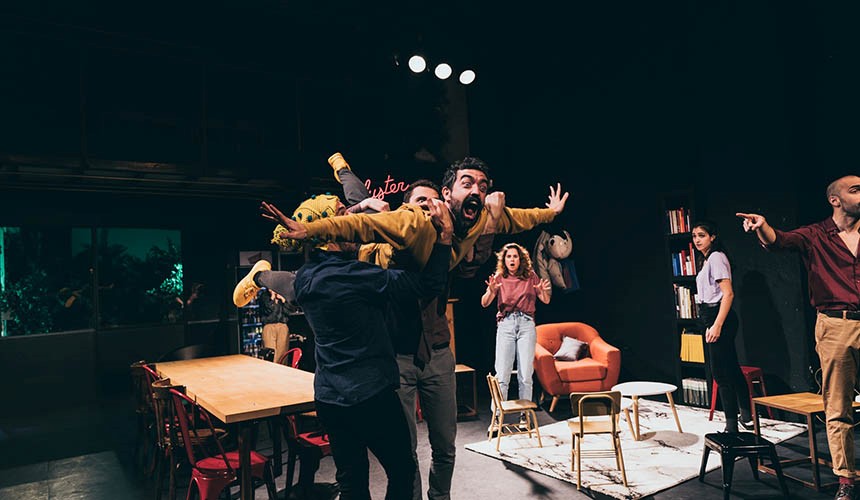 This year's edition will once again feature a training workshop given by María Velasco, the author of the play Talaré a los hombres de sobre la faz de la tierra, which is also being performed at the festival. Under the title Desaprender a vivir. Learning to tell. Seedbed of new stories, plays, performances, it is aimed at those interested in stage dramaturgy, acting and directing. It will be held from October 21 to 23 at the Cafetín of the López de Ayala Theatre.

Tickets have a single price of 12 € and 6 € for pensioners, unemployed, members of FATEX and Carnet Joven.